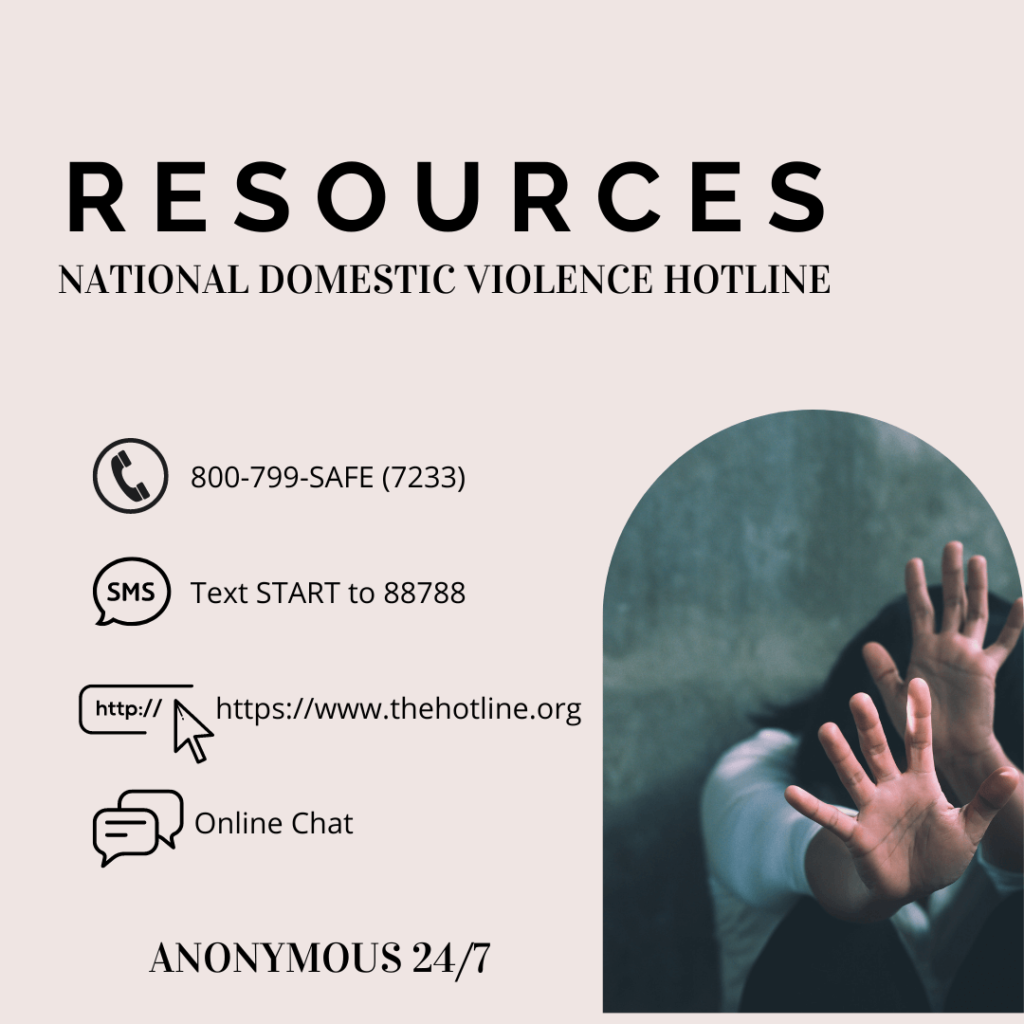 Domestic violence can occur at any time and in any relationship. It can happen to anyone of any age, gender, race, religion, sexual orientation, socioeconomic background, or education level. Abuse can look many different ways and it is NEVER the fault of the survivor that the abuse is occuring.

This is HUGELY important: if your partner is violent or emotionally abusive to you in any way, IT IS NOT YOUR FAULT, YOU DO NOT DESERVE TO BE ABUSED, AND THERE IS A WAY OUT! YOU ARE NOT ALONE! PEOPLE WANT TO HELP YOU! YOU DESERVE HELP!

People in abusive relationships often tend to deny that their partner is abusing them, or the extent of their partner’s abuse. It often feels safer in the moment for victims to forgive their abusers and make justifications for their behavior. Since the behavior develops over time, an action perpetrated by the abuser may seem shocking to someone who is in a healthy relationship, but to the person being abused, it may not be. They have likely been desensitized to their abuser’s behavior over time, thus making the victim more likely to forgive/justify the abusive behavior.

Oftentimes survivors of abuse have been manipulated over time, discouraged, broken down, or don’t know where to turn. This can be due to the abuser isolating their partner from their loved ones and convincing them that they are completely alone in their situation. Abusers also often use tactics like telling their partners that no one else will ever want them or that they are undesirable, which can make the victim feel stuck in the relationship.  The abuser overtime will also likely try to convince the abused party that they are doing them a favor by helping them “be better” in order to justify their use of force and violence. Rarely, do abusers start relationships violently. Typically these manipulation tactics occur over a span of time, until the victim feels too enmeshed in the relationship to leave.

Often, and for various reasons, people in abusive relationships are afraid to involve law enforcement, often because they are afraid the abuse will become more severe once the abuser is released from custody. Or oftentimes, their abuser has told them misinformation about law enforcement, making them distrust law enforcement and believe they will only make their situation worse. Another common tactic is convincing the victim of abuse that law enforcement will take their child away if they tell the police. Frighteningly, if the victim feels unable to leave the relationship, many abusers will continue and escalate their dangerous abusive behavior without any repercussions.

IF THIS SOUNDS LIKE A SITUATION/RELATIONSHIP YOU OR SOMEONE YOU KNOW IS IN, THERE IS HOPE AND PEOPLE WHO WILL HELP YOU! PLEASE READ BELOW FOR MORE INFORMATION! CALL 1-800-799-SAFE (7233)

Early Indicators of Abusive Behavior and Red flags to watch for in relationships:

If you’re in a situation where you’re experiencing domestic violence, you can call a national domestic violence hotline. This hotline provides free, confidential support for victims of abuse. Advocacy workers can answer your questions and provide you with information about how to get help from a therapist or counselor, law enforcement, or resource groups. They can also direct you to other online resources like BetterHelp.

The ANONYMOUS hotline is available in all 50 states and the District of Columbia. There are also domestic violence programs in Puerto Rico and the U.S. Virgin Islands. Call 1-800-799-SAFE (7233) to find one in your area. The hotline can help you find resources for free counseling, resources, and legal assistance.

The hotline is available 24/7 to provide support to victims of domestic violence. It can be reached by phone, text message, or online chat. Advocates can also help victims navigate government programs and services, get legal advice, get the survivor in touch with a safety shelter, or make emergency transportation arrangements. In addition to these resources, advocates can assist victims with creating a safe exit plan and discuss other issues that may arise from escaping domestic violence. Advocates also provide emotional support to survivors and can help find survivors jobs and apartments if they need to relocate.